1.) It doesn’t cost anything…but if you’re able to give, an offering is appreciated.

There is no price tag on the Mass, however, it is customary to give an offering when requesting a Mass for an intention. That said, money should never be the reason for deciding against this beautiful tradition. Simply make your request known and talk with a priest who will make sure that a Mass is able to be said if your financial situation does not allow for a donation. It doesn’t have to be a large sum. The Seraphic Mass Association, for example, suggests a donation of just ten dollars per Mass.

2.) A Mass can be offered for a person who is still living.

Though we often think of having a Mass said for those who have passed away, Masses can be offered for those who are still alive. The Council of Trent says that Mass may be said “for the living and the dead, for sins, punishments, satisfactions, and other necessities.” In other words, if you know someone who could benefit from the spiritual graces that come with having a Mass said on their behalf, there is no need to delay in doing so.

3.) You can have a Mass said in Thanksgiving or for a celebration

Again, most people remember to have a Mass said for the death of a loved one and a few may think to have a Mass offered for a special intention or friend who is suffering, but rarely do we think of having a Mass offered for a celebration! Is there a better way to show our gratitude to God? Masses can be said for birthdays, anniversaries, in celebration of the reception of the sacraments, or for prayers that have been answered!

4.) It’s not a long or difficult process to request a Mass.

Though the practice of offering a Mass is ancient, the method for doing so is not! You can submit your Mass request on the Seraphic Mass Association website in less than five minutes. A simple phone call to your parish will also do the job.

5.) Because the Mass is the highest form of worship on Earth, there are many fruits and graces that result from having a Mass said.

The reason that this tradition has been passed on for centuries is because of the many spiritual fruits that result from this form of prayer. The celebration of the Eucharist is the highest form of worship in the Catholic Church because we unite ourselves with Christ’s sacrifice on the cross in worship of his Father.

St. John Paul II emphasized the graces that come when a Mass is offered. “The Church believes that she will be heard, for she prays in union with Christ her Head and Spouse, who takes up this plea of His Bride and joins it to His own redemptive sacrifice.” 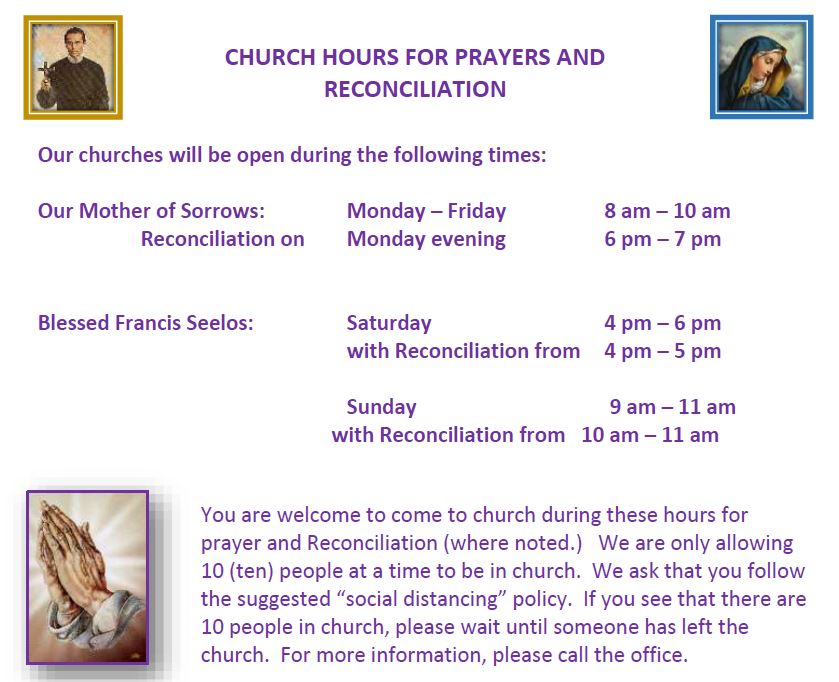 How can we celebrate the Trinity?

Sign up to receive a weekly scripture email from America